The winners of the Willow Awards, Saskatchewan's young readers' choice awards, were announced April 27th at the SaskEnergy Willow Awards Gala 2012 in Moose Jaw.  The titles nominated for these three awards were announced last spring (2011), and readers in Kindergarten to Grade 9 read and then voted on the titles in their award category. (These winners were originally announced on our home site here.)

Congratulations to the
winners of the three Willow Awards!

The winner of the Shining Willow Award, selected from those books written for youngest readers, those in Kindergarten to Grade 3, is... 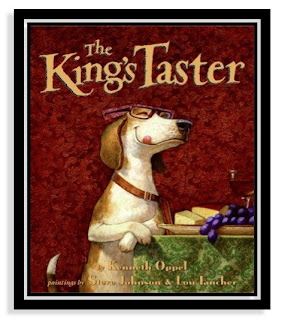 The king's cook is having a hard time getting the young king to eat his fare.  In an exhaustive series of trips, the cook and the king's taster look for new dishes to serve the king.  But, it isn't until the king's taster reveals a secret that the youthful king is compelled to enjoy his meals.

The winner of the Diamond Willow Award, selected from those books written for readers of Grades 4 to 6, is... 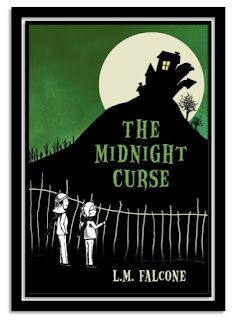 The Midnight Curse
by L. M. Falcone
Kids Can Press
2010

When their great-great-uncle Jonathan dies, eleven-year-old fraternal twins, Charlie and Lacey Darcy, and their mom are summoned to England hopeful for an inheritance.  But, it is a curse that transfers from Uncle Jonathan to Charlie, already a nervous worrier, which condemns him to a life sleeping in water from midnight to daybreak, or suffer death.

The winner of the Snow Willow Award, selected from those books written for readers in Grades 7 to 9, is ... 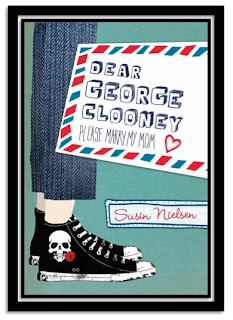 Also, winner of the 2012 Rocky Mountain Book Award Gold Medal, Dear George Clooney, Please Marry My Mom tells the story of Violet's struggle to look for an appropriate match for her mom after Violet's TV-director dad leaves Vancouver and reshapes his life into that of a rich LA big-shot with a beautiful actress-wife and perfect twin daughters.  With Dad blissfully unaware of the impact his choices have had on others, and her younger sister bed-wetting again, and her mom dating loser after loser, Violet decides to take matters into her own hands, compelling her to make some abominable and hilarious decisions.