The Astrid Lindgren Memorial Award (named for the beloved author of Pippi Longstocking) recognizes creators of literature including authors, illustrators, storytellers, and persons and organisations who work to promote literacy.  It is the world's largest prize (SEK 5 million; well over $750 000 US)  for children's and young adult literature.  Even more mind-boggling is the fact that the Swedish government fully funds this award which is administered by the Swedish Arts Council.

On October 15, 2015, the 215 nominees from 59 countries were announced at the International Frankfurt Book Fair.  The 2016 Award recipient(s) will be announced on April 5, 2016 at Vimmerby, Sweden (birthplace of Lindgren) and broadcast at the Bologna Children's Book Fair and at www.alma.se

The three 2016 nominees from Canada, made by IBBY Canada, are:

The Canadian Children's Book Centre website is located at http://www.bookcentre.ca.

The CCBC describes itself as "a national, not-for-profit organization, founded in 1976. We are dedicated to encouraging, promoting and supporting the reading, writing, illustrating and publishing of Canadian books for young readers. With book collections and extensive resources in five cities across Canada, the CCBC is a treasure-trove for anyone interested in Canadian books for young readers. Our programs, publications, and resources help teachers, librarians, booksellers and parents select the very best for young readers." (Retrieved from http://www.bookcentre.ca on October 26, 2015). 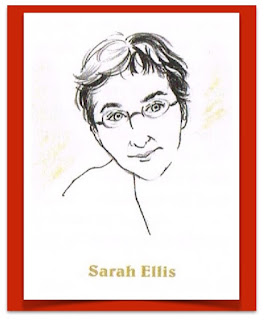 I can't possibly do justice to Sarah Ellis' wealth of writing, so do check out her website which is far more informative than anything I can present here. But here is a very brief listing of some of her more recent books for young people. 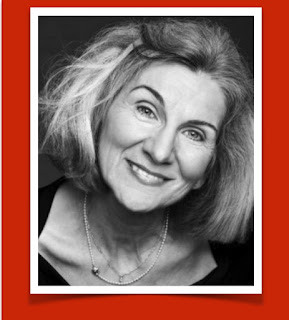 Learn more of Marie-Francine Hébert at the website of her publisher, Québec Amerique, at http://www.quebec-amerique.com/auteurs/marie-francine-hebert.html

Some of her award-winning writing includes:

We look forward to the announcement in April though we know that these nominations already make the Canadian Children's Book Centre, Sarah Ellis and Marie-Francine Hébert winners in the youngCanLit world.

Congratulations on your nominations!