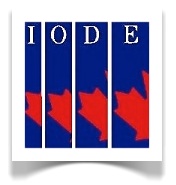 The shortlisted books for the National Chapter of Canada 2014 Violet Downey Book Award were announced on May 7, 2014.  The five finalists are:

Death of a King
by Andrew H. Vanderwal
Tundra Books

Congratulations to all nominees!

The winner will be announced at IODE Canada’s National Annual Meeting in London, Ontario on May 30, 2014.