In 2011, the Canadian Broadcasting Corporation (CBC) introduced the CBC Bookie Awards as an opportunity for readers to choose their favourite Canadian reads published the previous year.  Based on the selections of the well-read CBC personnel from CBC Books, Canada Reads, Writers & Company, The Next Chapter, as well as recommendations from the public, five titles in each of ten categories are nominated.  Readers then have several weeks to cast their votes online (only once per category per day).  Winners are identified some time in February.

in the Young Adult category,
whose nominees were announced in January
(here on CanLit for LittleCanadians),

the winner
(as selected by readers online)
with 43.55% of the votes

The Unlikely Hero of Room 13B 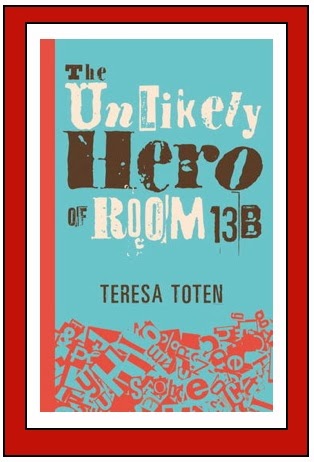 to
Teresa Toten
and her book
The Unlikely Hero of Room 13B
Posted by Helen K at 11:52