The winning titles will be announced at an awards ceremony in June on their website here.

This year, there are no Canadian authors' books on the shortlist for the 2016 CILIP Carnegie Medal for the writer of an outstanding book for children.

Here is the CILIP Kate Greenaway Medal Shortlist for 2016

Oliver Jeffers (author/illustrator)
Once Upon an Alphabet
HarperCollins

Jackie Morris (author/illustrator)
Something About a Bear
Frances Lincoln

Chris Riddell (illustrator)
The Sleeper and the Spindle
Bloomsbury 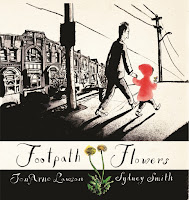