On May 21, 2012, the Commonwealth Writers announced the regional winners for the 2012 Commonwealth Book Prize and Commonwealth Short Story Prize. Representing five regions of Commonwealth countries, these new writers will now compete for overall winner to be announced at Hay Festival on June 8, 2012.
In Canada, we are celebrating the selection of Riel Nason as the Regional Winner for Canada and Europe with her young adult novel, The Town That Drowned from Goose Lane Editions (2011). 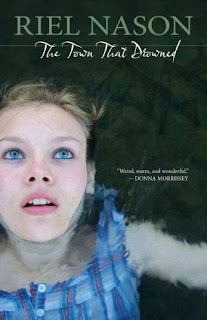 The announcement from the Commonwealth Writers included the following graphic. Although the resolution is poor on this blog, Riel Nason is the author is the middle of the regional winners. 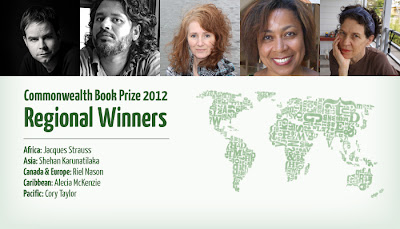 Cory Taylor, Australia
Me and Mr Booker
The Text Publishing Company
Regional Winner, Pacific
We wish Riel Nason and Goose Lane Editions the best for the June 8th selection of the overall winner, and send hearty congratulations on this astounding win!

Thanks so much Helen! I really appreciate the post. :-)

It is an astounding honour, Riel. Imagine being selected from across Canada and Europe. Goose Lane Editions and all lovers of Canadian YA lit should be thrilled for you. I am.