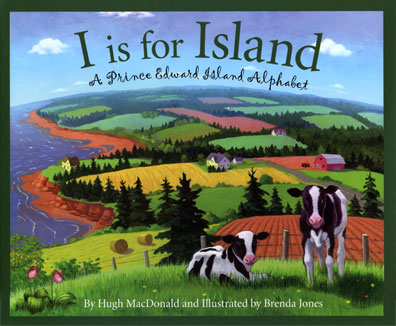 I is for Island,
A Prince Edward Island Alphabet
Illustrated by Brenda Jones
Written by Hugh MacDonald
Sleeping Bear Press