The Manitoba Book Awards are presented in the following thirteen categories:
The awards will be presented at the Manitoba Book Awards gala, on Sunday April 28th at the West End Cultural Centre and hosted by Ismaila Alfa.  Doors open at 7:15 p.m., with the ceremony beginning at 8:00 p.m.  If I was fortunate enough to live near Winnipeg, I'd be delighted to attend this event which is free and open to the public.


As I always do like to focus on the awards for younger readers, I've included the short-listed nominees for the Best Illustrated Book of the Year and the McNally Robinson Book for Young People Award.

Best Illustrated Book of the Year
(n.b. only the first book could be considered a book for young readers) 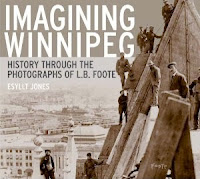 Imagining Winnipeg: History through the Photographs of L. B. Foote
by Esyllt W. Jones
Design by Doowah Design
Published by University of Manitoba Press 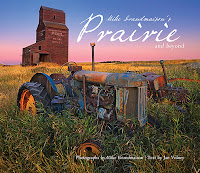 In the Older Category:

The Last Song
by Eva Wiseman
Published by Tundra Books


Find more details on this year's nominees at the Manitoba Writers' Guild.
Posted by Helen K at 18:08